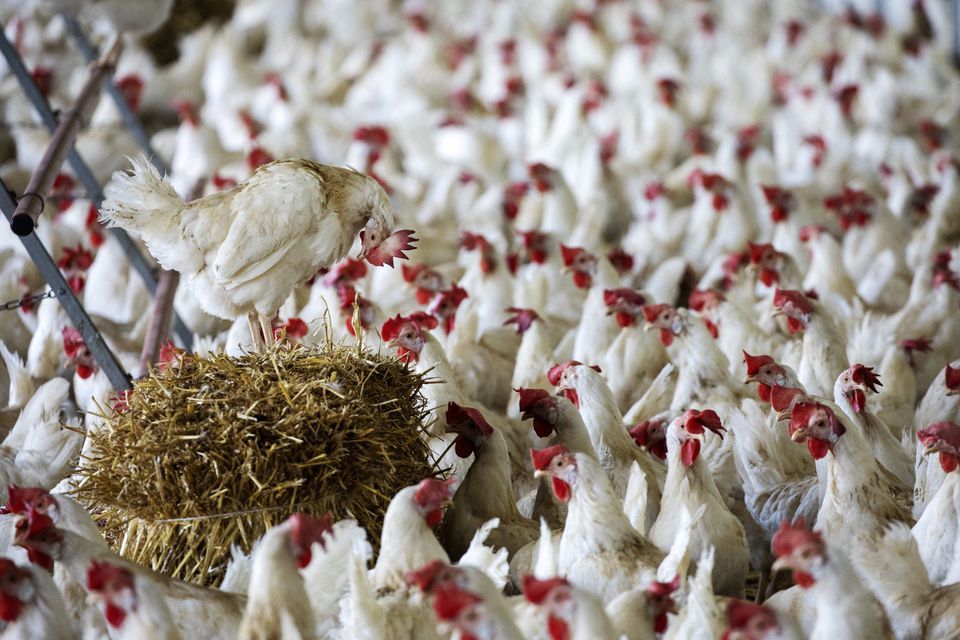 Some of the 18000 Lohmann Classic laying hens of the Gallipool Frasses farm are seen in the the stalling area ahead of a vote to ban factory farming in Les Montets, Switzerland, September 16, 2022. REUTERS/Denis Balibouse

The government’s VoteInfo App showed a provisional result of 62.86% of votes against the proposal, put to a referendum under the Swiss system of direct democracy, to make protecting the dignity of farm animals such as cattle, chickens and pigs a constitutional requirement.

“There are farmers who are doing intensive farming with their animals but they are respecting animal welfare and to feed the population, we have to do factory farming, at least a little, otherwise, we won’t be able to eat meat anymore.”

“I think in general, people are regulating themselves on their own. I don’t think we need a legal framework for this”

In a second referendum, the Swiss voted narrowly in favour of a planned reform of old-age insurance, which among other things would raise the retirement age for women to 65 from 64.

The farming proposal would have required the government to set stricter rules for caring for animals, including giving them access to the outdoors, and for slaughtering them. The requirements would also have covered imported animals and animal products.

The government recommended against the proposal, saying such changes would breach trade accords, increase investment and operating costs, and boost food prices.

“I think in general, people are regulating themselves on their own,” said Geneva resident Florian Barbon who opposed the initiative. “I don’t think we need a legal framework for this.”

In a third vote, 52.01% of voters rejected a measure that would have provided for the abolition of a withholding tax on bond interest introduced to prevent tax evasion.

Although investors could reclaim the tax, provided they disclosed the interest income in their tax returns, the government had argued that abolishing the levy would reduce administrative costs and make Switzerland more attractive to business. 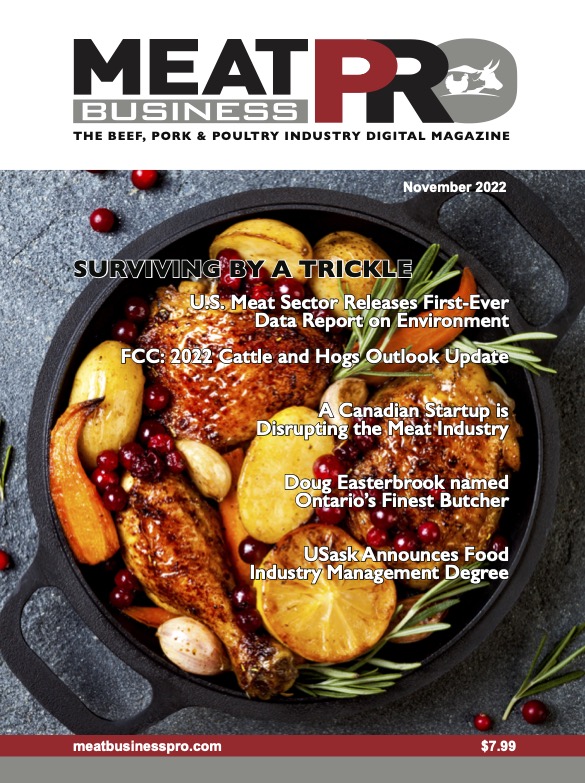 In our November issue we feature an exclusive CFIB report of one Saskatchewan farmer’s fight to save his land —  Surviving By a Trickle , FCC’s Cattle and Hog outlook for 2022, U.S. Meat Sector’s environment report, the California Pork case, the winner of Ontario’s finest butcher contest, and much more!