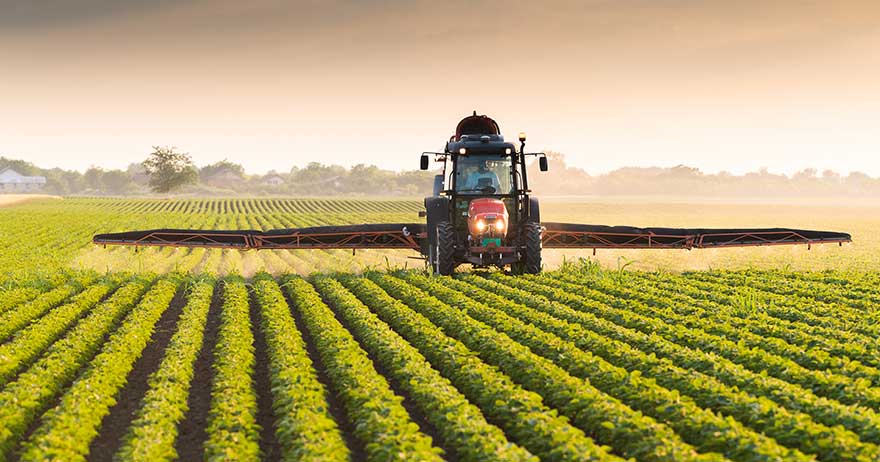 Aggressive emission targets will likely lead to more people, not fewer, experiencing famine around the world

Most Canadians have never been on a farm, let alone lived on one, which makes more than 98% of our population agriculturally illiterate.

For many Canadians, crop production is an unknown concept. Because of this, it’s relatively easy to use fear to influence public opinion on any food-related issue involving agriculture. Activists know this quite well.

Our great rural-urban divide has always fuelled our food politics, and that’s not going to change anytime soon. But now, agri-food policies are increasingly becoming urbanized by an agenda that is pushing the entire western world toward the precipice of a food security catastrophe.

“Farmers are the most responsible environmental stewards in the world. Incentivizing them using productivity-based metrics linked to fertilizer use would be more appropriate, and less foolish, especially right now“

The Trudeau government wants a 30% reduction in emissions by 2030, which doesn’t necessarily include fertilizer, but producers claim that reducing nitrous oxide emissions cannot be achieved without reducing fertilizer use. Most fertilizers commonly used contain nitrogen, phosphorus and potassium. Nitrogen is the issue. Simply put, surpluses of nitrogen in the atmosphere can produce pollutants such as ammonia and ozone. Too much nitrogen will contaminate soils, waterways and, of course, harm our own health. Policymakers have every right to be concerned.

But Ottawa wants an absolute reduction of emissions, regardless of productivity or efficiency of fertilizer use. For many crops, our farmers’ ability to grow anything will be severely compromised, unless they use more land. This is all happening when food security concerns around the world are rampant. The Netherlands is currently witnessing massive protests from farmers as they face similar emission targets, even fertilizer bans, by 2030. Make no mistake though, Canada could be next in seeing outright fertilizer bans.

It’s unclear how food prices would be impacted but producing food on a large scale would likely become much less cost-effective. The correlation between commodity prices and food retail prices is typically not that strong, but a wide-reaching policy impacting an entire industry all at once could very well make it stronger.

Canada produces food for the world, not just for Canada. Aggressive emission targets will likely lead to more people, not fewer, experiencing famine around the world, none of whom will be Canadian. Since we trade with the rest of the world, and mostly with the United States, our crops would likely become less competitive as well. With lower supplies, input costs for food manufacturers and grocers would likely increase significantly, pushing food prices higher. This is one aspect of the emission reduction issue in farming.

The needs regarding food production vary widely from region to region and between crops. Supply-managed commodities like dairy, eggs and poultry will be spared and receive more for their product, no matter what. Most of these commodities are produced in Ontario and Quebec. Grain production, not so much. Suggested emission targets will again transfer more wealth from some sectors to others by compromising the livelihood of many internationally focused farming businesses. And those farmers are across Canada. Free-market livestock sectors like cattle and hogs are also affected by all of this.

This is all happening for one reason, beyond the focus on emission targets. Ottawa is already imposing a 35% tariff on Russian fertilizer, even if tariffs aren’t actually punishing the Russian regime. This only impacts our own farmers as our government wants to discourage the use of fertilizers, for its own convenience.

The Canadian fertilizer emission reduction plan also points to how farming is losing to urban politics. The signals have been there for a while, with “No Mow May,” bees on cereal boxes, and city councils ruling on pesticides. Activists are successfully using urban-centric artifacts to influence policy issues which could spill over to agriculture. Cities essentially want farmers to treat fields like city lawns. But the stakes are much higher for farming.

This has been happening as activism has become institutionalized in recent years, meaning that interest groups, even academics who have become advocates, will weaponize science to support a narrative which fits with a biased view of what farmers should and shouldn’t do. This is beyond dangerous. It is a reckless way of dictating policy. Virtue signalling, supporting ideals over fact, is practiced by those who likely see their quality of life being affected. They are also dead wrong. This goes for all issues, but food and energy policies are the ones that will be felt most acutely.

Ottawa wants to make agriculture greener and more sustainable. Nothing wrong with that, and the sector can always do better. Many are speaking about regenerative agriculture and the circular economy. Those concepts have merit and can help our agri-food sector become more efficient over time.

But what is underappreciated is how farming has evolved just in the last five years or so, adopting more sustainable practices. Crop rotation schedules, biodiversity considerations, and the no-till approach have all made agriculture more sustainable and have helped farmers reduce emissions already. Farming is a business, and cutting costs are part of how farmers do business. Farmers don’t want to overspread expensive fertilizers, as this would make their business less profitable. Most farmers hire soil scientists to make sure they can rely on reusing natural resources to make a living.

Farmers are the most responsible environmental stewards in the world. Incentivizing farmers using productivity-based metrics linked to fertilizer use would be more appropriate, and less foolish, especially right now.

Ottawa can look at other sectors to hit targets but messing around with our food system can be quite perilous.

Dr. Sylvain Charlebois is senior director of the agri-food analytics lab and a professor in food distribution and policy at Dalhousie University. 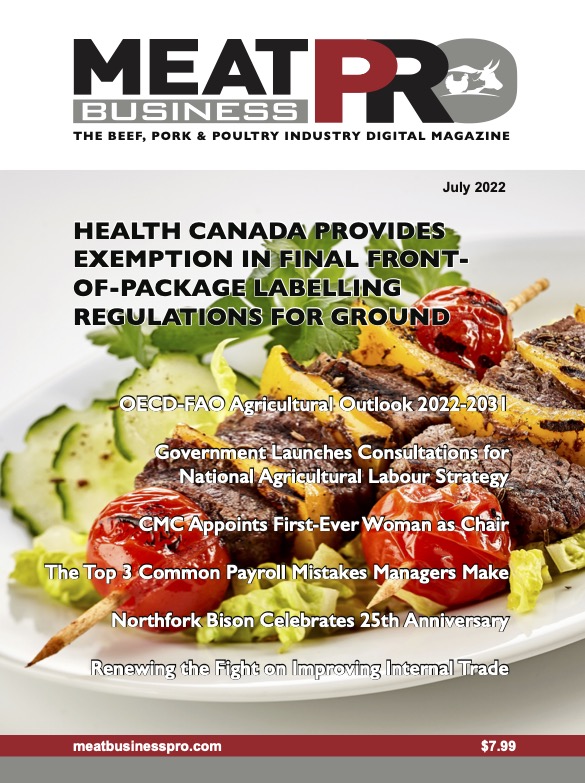 In our July issue we highlight the BCRC’s new digital platform roll out, Health Canada’s front-of-package labelling exemption, the agriculture outlook from 2022 to 2031, the consultations for the National Agriculture labour strategy, and much more!