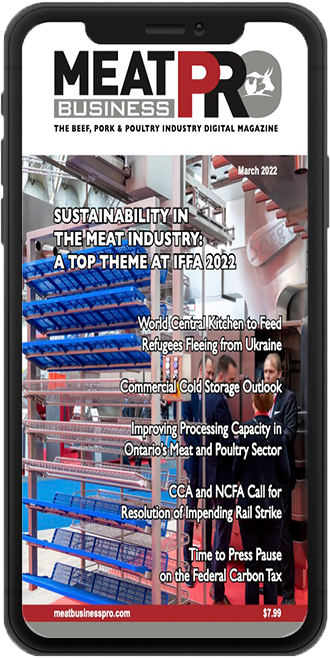 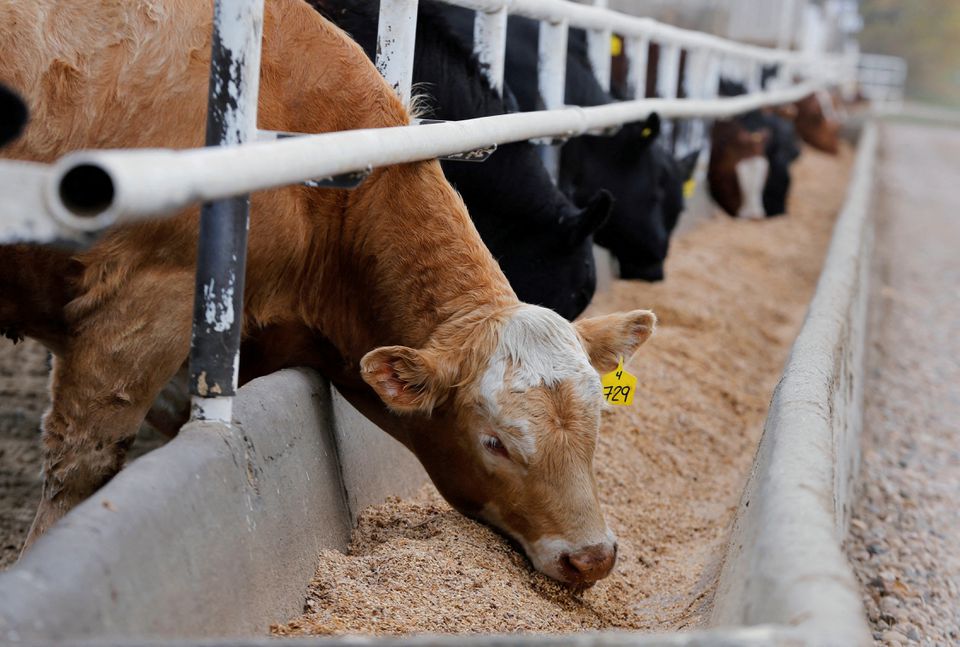 Beef cattle are pictured at a feedlot in Coaldale, Alberta, Canada May 6, 2020. REUTERS/Todd Korol/File Photo

Canadian farmers say they are just days away from running out of feed for cattle, due to severe drought last summer damaging crops needed to fatten them over winter and transportation bottlenecks

The drought devastated Prairie pastures and has now forced feedlots in Alberta, the main cattle-producing province, to buy more U.S. corn. Moving it north of the border is difficult and costly, however.

The feed shortage could depress profits for feedlots, the farms that raise cattle to slaughter weight, but it may not raise retail beef prices as feedlots have incentive to sell their cattle to packers as quickly as possible, increasing meat supply, said Brian Perillat, senior analyst at CanFax.

Jacob Bueckert, owner of a 20,000-head feedlot near Warner, Alberta, estimates that he has five days’ supply of feed on hand, when he normally has 14-30 days’ worth.

“We don’t have any buffer. It’s scary,” he said, adding that he is frustrated by delayed rail shipments.

Many feedlot owners are getting by with contributions from neighbors who have enough feed, Bueckert said. But it is not easy to find surplus grain – feedlots are fuller than usual after the drought led ranchers to sell more cattle to feedlots last fall, he said.

If packing plants are full anyway, some feedlots may ration their scarce supplies over a longer period of time and delay the cattle from reaching slaughter weight, but this adds expense, said Janice Tranberg, chief executive of the Alberta Cattle Feeders’ Association. She estimates that three-quarters of the province’s feedlots, which fatten 1.5 million head, face shortages.

Canada is the world’s eighth-biggest beef and veal exporter. In the United States, the No. 3 beef exporter, cattle are geographically dispersed and feed supplies are more readily available. Still, the number of cattle placed in U.S. feedlots rose 6% in December from a year ago after drought dried up pastures.

U.S. corn shipments to Canada totaled 1.085 million tonnes from Sept. 1 through Jan. 13, nearly six times the five-year average, according to U.S. Department of Agriculture data. Some 2.1 million tonnes have been sold but not yet shipped.

Canadian Agriculture Minister Marie-Claude Bibeau said on Twitter that she raised the feed shortage on Saturday with Canadian Pacific.

In a statement, CP said it is committed to supplying feed to feedlots despite the challenges, but it did not say if the railway will take additional steps. 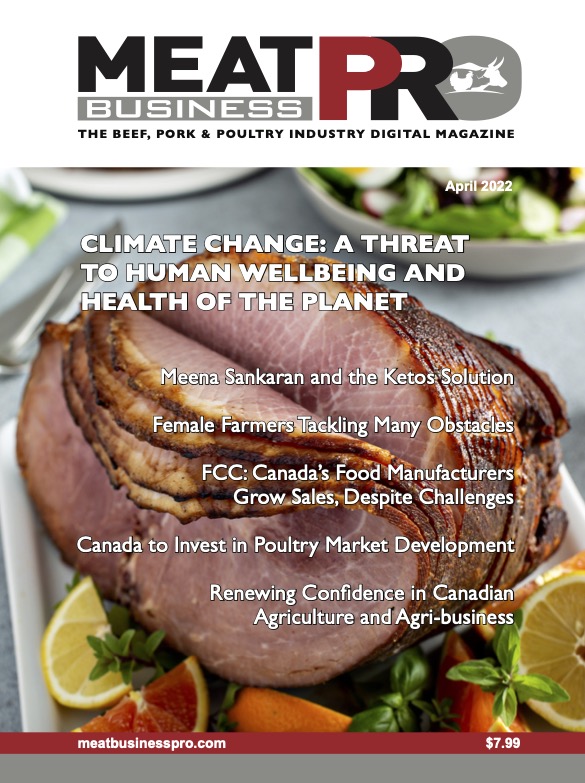 In our April issue we feature Climate Change and threat to our planet, an exclusive Q&A with Ketos water solution CEO Meena Sandaran, Avian flu outbreak and it’s effect on egg supplies, the obstacles facing female farmers, FCC’s report on Canada’s food manufacturers, Canada’s investment in the poultry market, and much more!